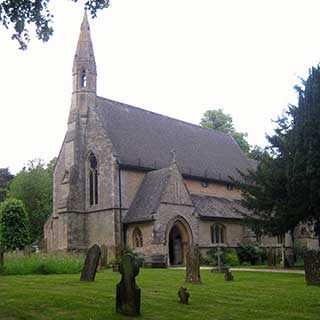 A little bit about us

Supporting you local parish church:
If you would like to support the running costs of your local church we would really appreciate any donations.
You church is open for you to visit during daylight hours. 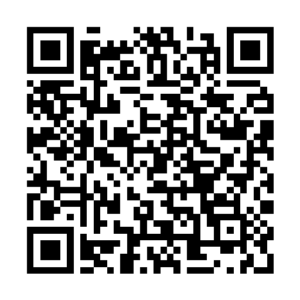 St Simon and St Jude’s in Milton under Wychwood is not physically in the centre of the village, but it is in the hearts of many of those who live here.

The congregation at St Simon and St Jude sets out to be a friendly, all-embracing church family, welcoming people of all ages and visitors to our Sunday services and other activities. An active Mothers Union group is run by members of the church, and others take part in weekly home groups and contributing to all aspects of the worship and running of the church.  Church members are thoroughly involved in the community of the Wychwoods, whether providing services and support to the local elderly care homes, at the Wychwood School and in the many local organisations.

The church is open every day during normal working hours and is available for hire for musical events and rehearsals, providing excellent acoustics and the use of a grand piano. The modern church room, used as the Benefice Centre and office with kitchen and toilet facilities is also available for hire.

For details of the next services see the homepage or the calendar.

Free and confidential helpline for support

Family Lives offers a confidential and free helpline service (previously known as Parentline)  providing information, advice, guidance and support on any aspect of parenting and family life, including bullying. Open 9am to 9pm, Monday – Friday, 10am to 3pm Saturday and Sunday.

Every Second Sunday of the month
9.30am Holy Communion Service

Every Third Sunday of the month
9.30am United Benefice Service with Holy Communion

Every Fourth Sunday of the month
9:30am Sunday Worship For All – short, informal Lay Led Service

See the calendar on the homepage for details of up and coming services.

Some of our News

Milton is a large rural village, and in a recent survey 91% of people regarded community spirit and friendliness as most important factors.

Other information about St Simon and St Jude

Welcome to St Simon and St Jude, Milton under Wychwood.

This is a fine example of a Victorian church built in 1854.

It was designed by the architect, George Edmund Street RA (1824 – 1881), who is best known for designing the Royal Courts of Justice in the Strand in London.

The land on which the church was built and all the costs of building it and the adjoining buildings were gifted by Squire James Langston of Sarsden.

The architect, G E Street, had a style all of his own which can be seen in the simple clean lines and decoration of different leaf shapes, carved in stone, seen when looking up and on the pulpit, and in wood on the pew ends in the choir.

There are several Victorian stained-glass windows, commemorating local personalities. See the grand window in the west end to the Samuda family, with figures of the four national saints. The window above the high altar features St Simon and St Jude after whom the church is named.

There is one modern window in the Lady Chapel, incorporating many images including chickens and a sketch of the signal box at the railway crossing at Bruern.

The beautiful embroidered altar frontal and cover in the Lady Chapel were made by the sister of a member of the congregation and dedicated to his wife. Behind the small cover on the side wall you will find an unusual brass plaque commemorating the amazing rescue of Dick Hartley and his aircraft crew who came down in the Atlantic during WW2.

The main war memorial is the stone wall plaque to the right of the main door recording the dead of the village from both World Wars. This is the only war memorial in Milton, around which the Remembrance service is held each November.

The church has been little altered over the years and includes the original organ, with its decorated organ pipes, still in good working order.

The churchyard contains many varied tombstones including one Commonwealth War Grave to Esau Hawcutt who died in a hospital in Scotland from wounds in WW1. The churchyard was closed in 1971, with all new burials taking place in the parish cemetery further along the road.

There are several fine mature trees and an abundance of wild flowers and wildlife in the churchyard. It is particularly beautiful in springtime, carpeted with snowdrops and primroses, and later with the rare meadow saxifrage, also known as the churchyard flower.

The modern church room, also known as the Benefice Centre, lies at the back of the churchyard,  and serves as office and meeting room, providing kitchen and toilet facilities for the church.